In the future society where the use of digital is accelerating, “software” is the key to reducing carbon emissions. There is a movement to seek ways to create environment-friendly software with high efficiency in the use of computing resources and electric power. NTT DATA was one of the first to participate in the activities of international organizations, and in the CO emitted by the operation of software.2Will lead the standardization of measurement methods. 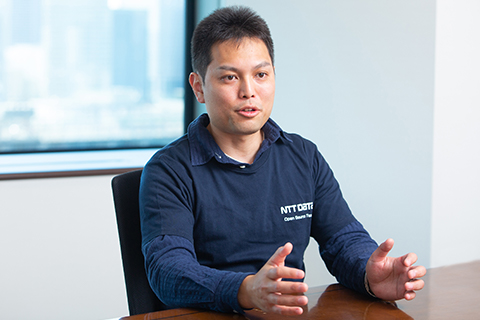 Talking about efforts made by IT companies to reduce carbon emissions, attention has often been focused on the so-called hardware area, such as saving energy in data centers and servers and revising processes. Manufacturing. “It is true that the efforts in the field of hardware are important, but that is not enough.” Yasumasa Suenaga, Technology Development Headquarters, Technical Manager of NTT DATA Advanced Computing Technology Center, said, “The factor that determines the amount of carbon emitted from facilities such as computing equipment and data centers is the software that runs on hardware,” he continued.

The problem here is that “there is no standard on the amount of carbon emitted when the software is used” (Suenaga Technical Lead). Therefore, NTT DATA tries to set international standards together with IT companies around the world.

Participation in an international organization for the first time in Asia 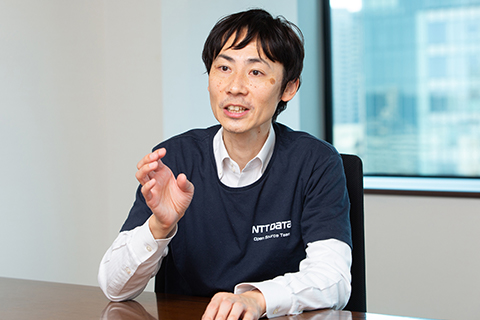 Specifically, it is the first Asian company to participate in the international non-profit organization “Green Software Foundation (GSF)”. Through the activities of the organization, we aim to establish a method for measuring carbon emissions during the operation of software.

GSF is a subsidiary of the Linux Foundation, an international non-profit organization that supports the promotion and development of open source software. It was created in May 2021 mainly by Microsoft and Accenture. NTT DATA joined the GSF in September of the same year and is currently the only governing member in Asia.

Regarding the efforts related to software carbon emission assessment, Toru Shimogaki, General Manager of Green Innovation Promotion Office, Corporate Management Headquarters, NTT DATA said, “I always recognized this as a major problem, but I’m afraid there’s a limit to what a company can do. I heard that a specialized organization had been formed and I immediately moved towards participation. “

NTT DATA has a long-term plan “NTT DATA Carbon-neutral Vision 2050”, “Green Innovation by IT” which contributes to the reduction of emissions of customer companies and society as a whole, and “Green Innovation of IT” which refers to reductions in its own supply chain. We work on both. The latter claims that emissions will be reduced by 60% from 2016 by 2030.

Formulation of an alpha version of the emissions assessment method

To solve these problems, GSF formulated in December 2021 the alpha version of the “Software Carbon Intensity (SCI)”, a method for evaluating carbon emissions when using software (Fig.). For each software processing unit such as a transaction, the way of thinking when calculating the sum of emissions from energy consumption and emissions generated during the production and operation of hardware is organized. However, it is not the emissions themselves that are calculated by SCI, but the emissions benchmarking scores. Using this score as a guideline, we will compare how much each software emits. Suenaga Technical Lead said of SCI, “It’s a score that compares carbon emissions per unit of software processing, such as fuel efficiency in automobiles. Since it’s still in the α version, we’d like to pursue discussions and improve it based on this.”

Calculating software emissions in SCI score calculations is harder than you might think. “We will take a closer look at how each software is used for various devices such as CPU, memory and storage, and how much they are offloaded. Since the measurement method has not been decided, it is accurate. measures will not be possible overnight” (Technical manager of Suenaga). Therefore, alongside the sense of accumulating emissions from each device in detail, GSF is also looking for a form that can round numbers in a way that cloud users can understand without measuring everything. I will go” (as above).

In the case of automobiles, emissions can be calculated by burning gasoline, but in the case of computers, in addition to calculating the amount of electricity used, one must consider how the electricity has been generated. Mr. Shimogaki said, “In order to make it a standard that can be used around the world, it is necessary to consider things such as capturing the ratio of each power generation method for each country or region and calculating the average emission quantity to be used in the calculation.” Describe.

The importance of setting standards is great

Why is NTT DATA directly involved as an operational member of the organization in efforts such as SCI formulation? Mr. Shimogaki said, “There is competition and cooperation in all areas, but this standard setting is only one area of ​​cooperation. We will create standards with each business and embed them after gaining a solid understanding of the insights our business needs. important. Suenaga’s technical manager also said, “Efforts to measure and reduce emissions are very complicated. By participating in the GSF, being genuinely involved in the formulation of the ICS and gaining a deep understanding, it is possible to create software in-house that meets international standards. Of course, we should be able to quickly support the greening of software development by client companies.