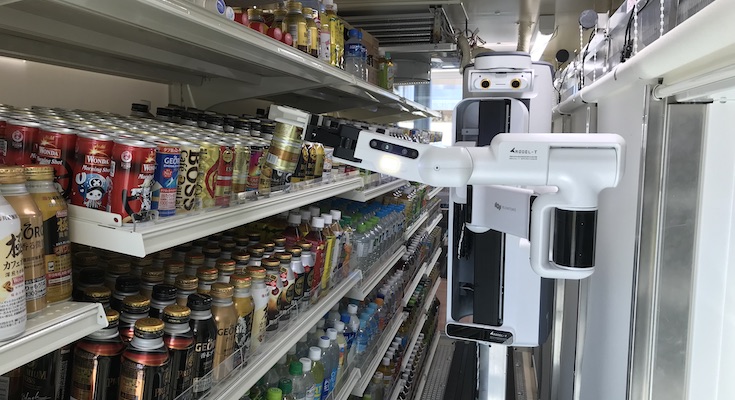 Backyard convenience store. An example of using NVIDIA’s embedded computing platform “NVIDIA Jetson” in a place very familiar to us has been published.
Telexistence, Inc., which has received much attention in the development of remote control robots, installed the “NVIDA Jetson TX2” and “NVIDIA Jetson Xavier NX” in the latest “TX-SCARA” robot which displays drinks at convenience stores . This remote control robot is in operation at FamilyMart Ministry of Economy, Trade and Industry store and FamilyMart ALFALINK Sagamihara store.

Consistent adoption of NVIDIA technology since its inception

Telexistence, who is only five years old, met Dr. Susumu Tachi, professor emeritus at the University of Tokyo, and implemented the technical concept of “TELEXISTENCE (remote existence)” proposed by Dr. Tachi in 1980 It all started when I agreed with the vision of “doing”. It is not rational to allocate increasingly scarce human labor resources to unskilled labor in Japan and other developed countries, and this is based on the idea that people should take jobs with higher added value. ..
Since then we have implemented robots outside the factory (world) and worked towards replacing all unskilled labor that involves physics in the world with robots, but in the development of robots, we have consistently used NVIDIA technology ever since. Keep adopting. Telexistence’s third robot, ‘TX-SCARA’, is a robot that displays drinks from the backyard of a convenience store, a cockpit remotely controlled by humans using virtual reality, and a cloud which relays the two. It is made up of elements. 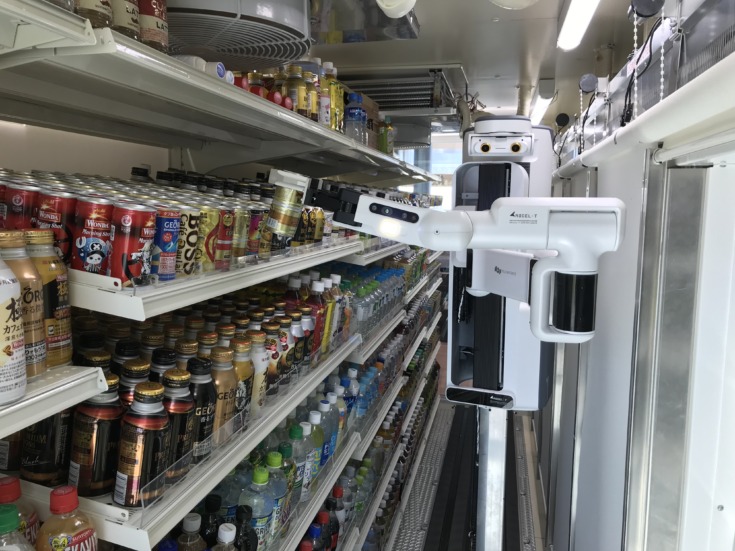 This configuration itself is inherited from the second work “Model-T”, but TX-SCARA implements the AI ​​system “GORDON” (automatic control mode) newly developed by Telexistence on the robot and cloud side. He has made great progress.

“TX SCARA” is a horizontal articulated robot that can work in a narrow space in the backyard, making the best use of the technical characteristics of Telexistence. Normally, “Gordon” (automatic control mode) controls automatically. When the display fails, it enters Telexistence (remote control) mode, and it is possible for a person to remotely and intuitively control the robot and quickly recover through the Internet.

“Gordon” is the original artificial intelligence system of Telexistence, which recognizes the product satisfaction status of the refrigerated case and the gripping point of the drink to be displayed by the self-scan module, and generates the plan route of the end effector from the grip to the display. .. In addition, “Gordon” can optimize the display timing by “TX SCARA” according to the selling points of the products which change according to the time of day and the season by learning the performance data of store’s past sales. Using this robotics and AI technology, the robots will take over the beverage display work, which is done around 1,000 bottles a day, 24 hours a day, on behalf of humans.

The second Model-T featured the NVIDIA Jetson TX2 on its head and was used to transmit video input from the camera as the robot’s “eyes”. In addition to that, TX-SCARA realizes the function of autonomous operation by AI by newly installing NVIDIA Jetson Xavier NX on the stand. 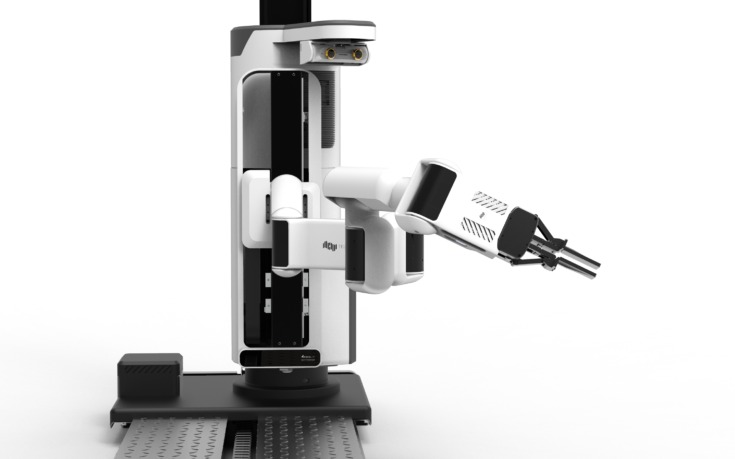 For example, the accuracy and strength of the arm, the angle of view of the camera, etc. have been designed so that all types of cans and PET bottles can be picked up with the same arm for drinks aligned on the display. Since everyone is different, it is necessary to run an image recognition neural network such as recognition of the arm-grabbed endpoint with TX-SCARA. With up to 21 TOPS of computing power, Jetson Xavier NX can provide the ability to run these modern neural networks in parallel and act like the brain of a robot. In addition, Jetson Xavier NX also performs an operation plan such as avoiding the partition part of the display shelf without hitting the arm.

Telexistence uses NVIDIA’s AI workstation, NVIDIA DGX Station, for the learning environment of cloud-side AI systems and TX-SCARA. Beverage inventory status on displays is monitored around the clock via TX-SCARA, and when received, the cloud-side AI system predicts and schedules when to display products and requests TX -SCARA to replenish drinks. I do it. The recognition accuracy of the AI ​​installed in TX-SCARA has reached 98%, and it is solved by the intervention of a human on the cockpit side only when the robot breaks down or an unpredictable situation occurs. ..
Motoki Sano, CTO of Telexistence Inc., said, “By using NVIDIA DGX for training model training, we can try out product display simulations in all models and efficiently create more image recognition models. optimal. It is now possible.

In Telexistence’s internal remote control cabin, which acts as a cockpit, the operator reacts when a drink drops, but when the operator wearing a head-mounted display moves his head up, down, left and the right, 3D images are displayed If the movement is delayed, it causes virtual reality sickness. To avoid this, Telexistence uses NVIDIA’s GPU, whose image processing performance can sufficiently support VR display, to achieve 50 milliseconds of video transmission and achieve smooth remote control.
Mr. Sano said, “For people to be able to control remotely with VR, it is very important to transmit video with low delay and avoid VR-related illnesses, and to this end, the NVIDIA GPU was indispensable. We also compared with other companies. However, besides hardware performance, the development environment such as NVIDIA Video Codec SDK encoder and decoder, CUDA and NVIDIA JetPack SDK is very well maintained, and I greatly appreciate the ease of development.” He said .

Telexistence cites development to bring automatic control accuracy from 98% to 99.9% as one of the future issues, and to that end we are considering installing Jetson products with even more memory capacity. We are also looking to improve the simulation environment based on robotics simulation application and NVIDIA ISAAC Sim, which is a synthetic data generation tool.
Telexistence will continue to improve its articulated robot hardware and manage multiple units in the cockpit to expand the development of robotic solutions to retail and logistics sites in Japan and overseas, centered on hybrid control technology at distance and automatic control.

You can check out the latest information on cutting-edge robotics and embedded technology using NVIDIA Jetson at the “NVIDIA GTC 2022” virtual event held from March 21-24.
In the keynote, founder/CEO Jensen Huang is expected to announce a lot of news. Additionally, more than 900 sessions will be delivered by approximately 1,400 speakers, including world-class researchers and industry leaders in areas such as AI, edge computing and digital twins. Registration is free.
Click here for a free subscription to the T&Cs.