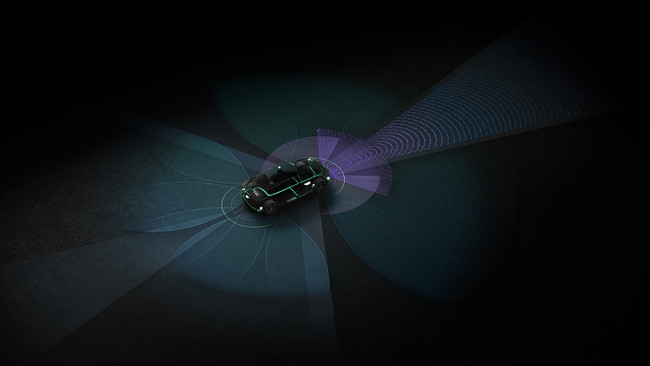 Additionally, a series of adoptions by automakers around the world has increased the prospect of automaker deals to over $11 billion over the next six years.

More than 25 automakers are using the NVIDIA DRIVE Orin™ system-on-chip (SoC), and starting this year, these automakers will deploy software-defined vehicles built on a centralized AI computing platform.

NVIDIA Founder/CEO Jensen Huang said, “Future vehicles will be fully programmable and evolve from multiple integrated controllers to powerful centralized computers. Software updates will bring artificial intelligence and autonomous vehicle (AV) capabilities. ) and will improve them throughout the life of the vehicle.The NVIDIA DRIVE Orin has been highly praised by these future-build companies and serves as an ideal AV and AI engine for the new generation of electric vehicles, robotic taxis, shuttles and trucks.”

At GTC, BYD and Lucid Group announced the adoption of NVIDIA DRIVE in their next generation of vehicles.

BYD, one of the world’s best-selling electric vehicle brands, will deploy the next generation of NEVs built on the DRIVE Hyperion software-defined platform beginning in early 2023. These vehicles harness the power of DRIVE Orin to enable a smart driving, parking and more.

Lucid revealed that DreamDrive Pro’s advanced driver assistance system is based on NVIDIA DRIVE. NVIDIA’s centralized computing architecture seamlessly integrates with the ADAS hardware of all Lucid Air sedans available today. DreamDrive Pro is designed to be improved by software updates in OTA, already in the vehicle and via hardware for the future. We will continue to improve the customer’s driving experience with new features and advanced performance over the long term.

With these latest announcements, NVIDIA DRIVE Orin has become the AI ​​computing platform of choice for 20 of the world’s top 30 passenger electric vehicle manufacturers.

Transaction value estimated at $11 billion
The open DRIVE Hyperion platform provides the performance and production scalability needed to deploy the next generation of software-defined vehicles without compromising safety and quality.

Since April of last year, NVIDIA’s total potential deals with automakers have grown from $8 billion to more than $11 billion over the next six years, from major electric vehicle makers to the automaker of world-renowned Jaguar Land Rover, Mercedes-Benz and Volvo Cars, as well as leading truck companies such as Plus, TuSimple and Volvo Autonomous Solutions, and cutting-edge robotaxi makers AutoX, DiDi, Pony.ai and Zoox across the autonomous vehicle industry.

Significant performance improvements with DRIVE Hyperion 9
In the GTC keynote, Juan also announced the next-generation DRIVE Hyperion architecture built on the Atlan computer for vehicles that will begin shipping after 2026. The DRIVE Hyperion platform is designed to evolve from generation to generation, allowing customers to leverage their current investment in future architectures.

For more information on the NVIDIA DRIVE announcement, check out Jensen Huang’s GTC 2022 Keynote Replay. Register for GTC 2022 (https://www.nvidia.com/ja-jp/gtc/?ncid=ref-pr-242463) for free and attend sessions hosted by NVIDIA and industry leaders.

About NVIDIA
The invention of the GPU by NVIDIA (https://www.nvidia.com/ja-jp/#source=pr/) (NASDAQ display: NVDA) in 1999 spurred the growth of the PC gaming market explosively. , high performance computing and artificial intelligence (AI). NVIDIA’s pioneering efforts in accelerated computing and artificial intelligence are replenishing trillions of dollars in industries such as transportation, healthcare, and manufacturing, and accelerating expansion in many other industries.
For more information, click this link: https://nvidianews.nvidia.com/