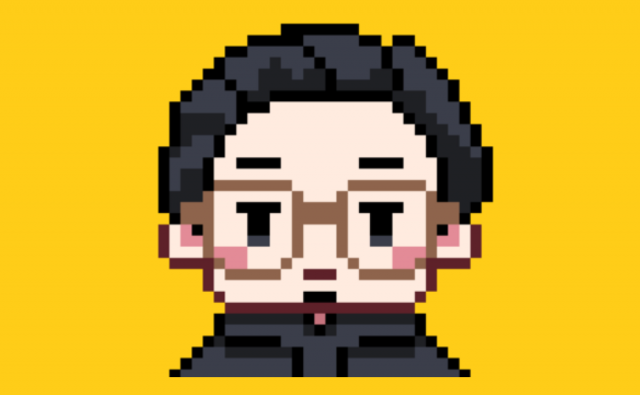 This article is taken from an article published in the “MUGEN LABO Magazine” site operated by KDDI.

At MUGENLABO MAGAZINE, we will talk to entrepreneurs about so-called Web3 businesses, such as NFTs and virtual currencies based on blockchain technology, in a series. Since Web3 always contains trending elements, its definition and understanding differs slightly from person to person, but I decided to clarify the broad outline by listening to different people’s stories.

The second is Yuya Ishikawa, the founder and CEO of Gaudiy, who works on DX (digital transformation) in the entertainment industry on blockchain including NFT. By providing services in conjunction with industry leading companies, we strive to make Web3 familiar to non-tech savvy users.

Why is Web3 so hot now, what is the activity that can be done by Web3?

Ishikawa:The idea of ​​Web3, decentralization, is a trend to democratize what once depended on platforms like GAFA. The background was that the advent of blockchain made it possible to achieve a democratic platform, even though what humanity needed to redistribute wealth and information was not possible in the age of Web2.

Just as real estate, shopping, and real-world communication may find a place to live online and replace e-commerce and chat tools, services previously provided by Web2 will be compatible with Web3. Most of the activity happening right now will be done on the blockchain.

The other is finance. With blockchain, you can issue or secure something without specific security or authority, so you can block all financial systems and identity management entities that have a high vested interest. I think it will be replaced by blockchain. I think it stands to reason that Web3 will expand entertainment and disrupt existing finance.

Also, I think services that provide modules that can make decentralized economies work efficiently like the Web3 community and DAOs (Decentralized Autonomous Organization) will appear more and more in the future. By combining modules so that you can streamline your programming work with various library tools, you will be able to efficiently organize the functions required for DAO.

What will happen to large technology companies such as GAFA as opposed to Web3?

Ishikawa:First of all, I think it will be reduced in terms of overall benefits. But it won’t go away. From a company’s point of view, there may be a reputation that “GAFA is too profitable”, but since users use Google because it’s easy to use and watch YouTube because it’s interesting, there are things that are easier to use and interesting. Unless he gets out, he won’t be eliminated.

However, the fun minimum value proposition is commoditized in highly repeatable infrastructure services such as video sites, and can be surpassed at a relatively early stage. Beyond that, if you do something that can only be done with blockchain, it will be replaced by that, so the conventional ones will be gradually reduced and the ones using the blockchain will increase, I think that will be the flow.

Ishikawa:We are already taking up the challenge of globalization and are actually starting business with global companies. The goal is to use a public channel (completely free without a specific administrator). I don’t do anything like DeFi for entertainment using virtual currency, but NFTFi and GameFi are definitely areas to go.

With Gaudiy, you can solve the celebrity-related product resale problem, the copy problem, etc., and you can also engrave the cost distribution, etc. on the blockchain. Also, the “You can’t do that” rule can be controlled there because the community works on a governance level.

I used to sell derivative rights to NFTs, but by giving derivative rights, right before launching the derivative, the community acts as governance and controls whether it’s really acceptable or not. In addition to activating secondary distribution and solving resale problems, Gaudiy can also be controlled by the qualitative ecosystem of communities.

One of the things we use most often is the licensing idea called Creative Commons. It defines how to have a license for each image, video, audio, etc., but Gaudiy will end up giving each content an attribute like Creative Commons, right?

Ishikawa:Creative Commons is used in many places because NFTs are the best, but in reality there is a problem here too, and no matter how hard you try, the person who ends up posting illegal content is the one who will post it. That’s why. Therefore, humans must do what they have to control governance.

Technical solutions like YouTube, where the AI ​​learns a sound source and automatically detects it, are a cat-and-mouse game (with someone posting illegal content), so it’s almost impossible to do this completely. Therefore, I think it’s important to use community incentives to motivate humans to keep an eye on them.

People often talk about things like “Isn’t it possible to do everything systematically with blockchain?”, but I think all of Ethereum is controlled by human motivation in the first place. Therefore, Proof of Stake is based on the idea that people who have a lot of tokens do not make the wrong decision that the value of tokens in the future will decrease.

I’ve heard before that Gaudiy offers a variety of mechanisms for community autonomy, but in the real world, for example, social conventions and legal restrictions get in the way of ideal direction. Is it possible to do something that is difficult to direct towards more ideal in the virtual world?

Ishikawa:You can do it. I think the Metaverse is also close. It is faster to control digitally than to control it realistically. In the real world, it’s hard to ban (ban/eliminate), isn’t it? However, you can immediately control the mute of people who have a lot of remarks in an internet environment.

In a society where there are many worldviews in the digital space, I think it’s easy to organize such things. To make this easier, we make a digital twin, which consists of combining real and digital. The recent partnership with DNP was a business alliance on how Metaverse can successfully combine real and digital.

It is a community that works for governance, but who decides the character of this community?

Ishikawa:In the Web3 worldview, users will be completely democratic. However, this presents many challenges. Professor Sakai (Professor Toyotaka Sakai, Faculty of Economics, Keio University), who is our advisor, wrote in his book “Doubte the majority vote-what is the social choice theory” (Iwanami Shinsho). It’s not always the right choice.

To give a concrete example, there is a token called NEM (New Economy Movement), but in the wake of NEM users constantly chasing “it’s better to do it like this”, all of this is short-sighted, isn’t it? it not? I can’t take a long view, try to start with things that are profitable right away. This is why the unit that develops NEM has been hard forked and split (Editor’s note: November 2021).

When I heard this story, I thought it was very essential, and if I compared it to school, if I caught the flu and the elementary students decided whether to close the school or not, I would definitely close it. the majority vote will be gathered for those who do. Because everyone wants to take a day off from elementary school. However, when the teacher sees it in the long term, he reminds the elementary students that it is useless.

“Of course, I want to take a day off. I understand that feeling, but if I take a day off, it will be difficult because I have to complete the classes that I don’t do during the rest period in a later schedule. It’s useless in the long run.

The majority vote is fundamentally biased in favor of short-sighted judgment. Because the essence of the human being is myopic. That is why it is difficult to reduce the number of votes of people who see from a bird’s eye view, which can be seen from a long-term perspective, in the situation of making a correct decision. I think that balance is very important.

I think the era of Web2.5 will be long before Web3. Web2.5 is a world where users can make decisions and businesses can make decisions. For users, the UX (user experience) that they think of running the service is important, not the reality.

Web2.5 is a world where companies can control theirs to some extent. The space between Web2 and Web3 becomes very important. Whether Web2.5, Web2.8 or Web2.3 is the best solution will depend on the era and the service.

In terms of incentives to return, the number of tokens brought to companies and users is uniform. However, only the decision-making method is different on both sides. For example, in terms of government, the great direction of working to improve the country is the same, but the Ministry of Education, Culture, Sports, Science and Technology and the Ministry of Lands, Infrastructure, Transport and Tourism have different budgets and different missions. I think it’s similar to this.

Rather than handing everything completely over to the user, I think the current Japanese trend is for mochiya to be made by mochiya.