As the labor shortage gets worse, we will create a “robot friendly environment (robot fre)” which will facilitate the introduction of robots to reduce the burden on employees and improve productivity without increasing the workforce at the side dish manufacturing plant is important, and especially when humans and robots work together, it is essential to create mismatches based on the distribution of roles between humans and robots . 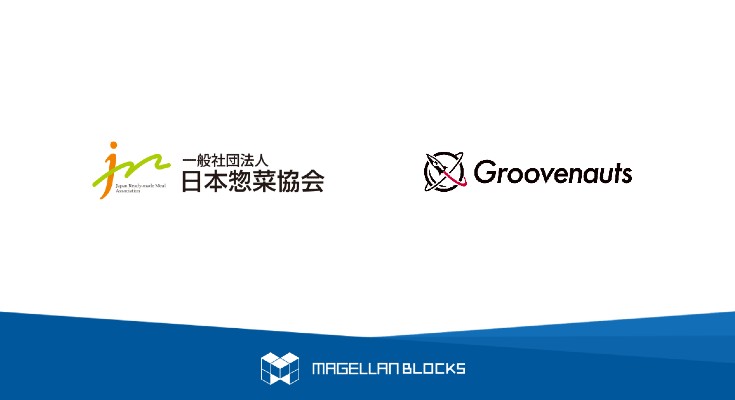 Participation in the “robot-friendly environment” of the Ministry of Economy, Trade and Industry with quantum technology

The Ministry of Economy, Trade and Industry announced on March 29 that it will work with the public and private sectors on “robots with prepared food and manufacturing process optimization systems” to achieve a “robot-friendly environment” in which robots can be easily introduced. During the recital, it was announced that RT’s “Foodly” side dish serving robot and Connected Robotics’ side dish filling robot had been adopted to concretely promote the introduction of ICT in the food manufacturing site. accompaniments. by quantum computer, development of a sales forecasting system and presentation of the site”, which has proven itself in the calculation of shifts. 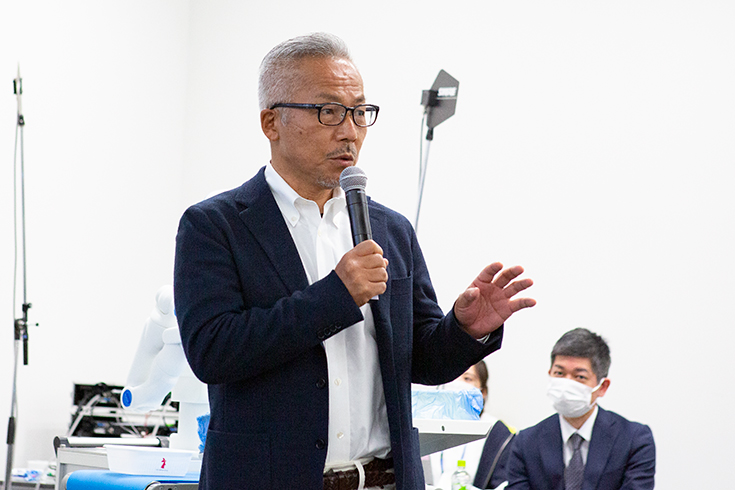 Complex employee shift calculations are a headache for many industries. It is said that it would take decades or even hundreds of years to optimize the shifts of hundreds of people on existing computers, which is known to be unrealistic. Therefore, it is expected that a quantum computer, which is good at “combinatorial optimization problems”, can derive an optimal solution in minutes. Groovenauts actually presents it in one continuous line. Since the management and operation of a real quantum computer is difficult, we use the existing D-Wave quantum computer and operate it in the cloud. Mr. Saito explained that quantum computers have started to be introduced in many use cases. 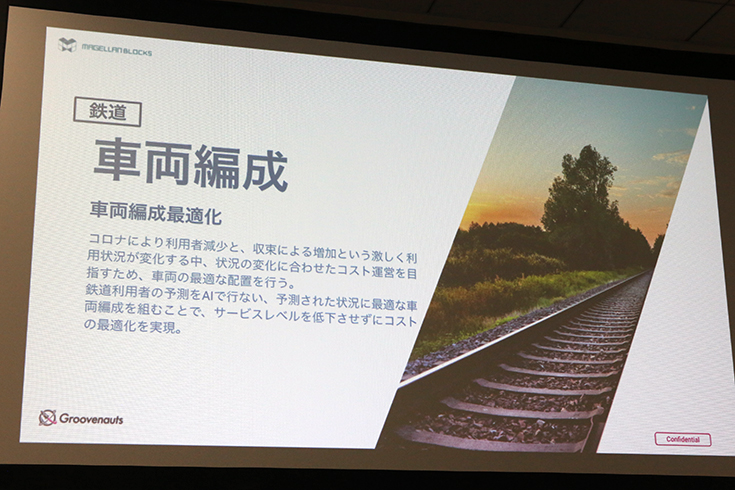 Groovenauts, Inc., which is engaged in activities related to quantum computing, and the Japan Ready-made Meal Association have been working on solving the problems of “securing a workforce” and “reducing waste losses”, which are problems for the whole party. We worked on realizing “optimal shift creation using quantum computers” and “order volume prediction using AI” which can be used in common.
Optimization of quantum computer shifts under the “Innovative Robot R&D Infrastructure Construction Project” promoted by the Ministry of Economy, Trade and Industry in collaboration with the company, the Japan Ready-made Meal Association and five prepared food manufacturing companies that are members of it We are working on building an order quantity prediction model using model / AI, and on March 29, 2022, we have announced that Maxvalu Tokai Co., Ltd. and Gourmet Delica Co., Ltd. on-site operation of the team building system. Nissey Delica Corp. also working on using order quantity prediction model. 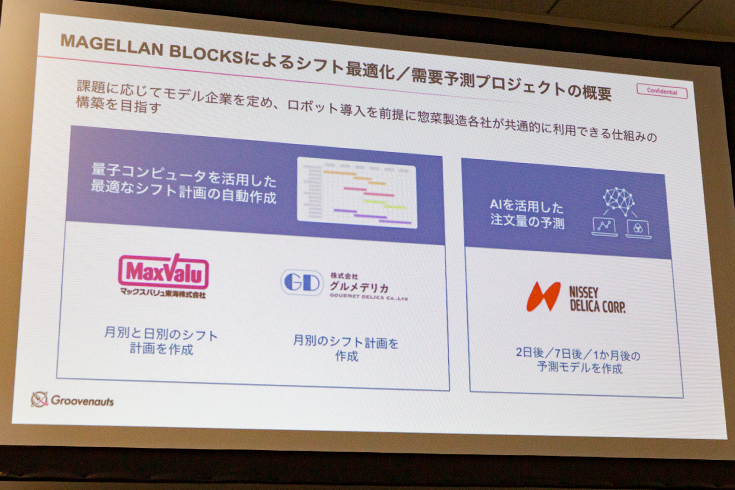 Even though it is a quantum computer, the substance is in the cloud, so the staff work is the same as the normal operation of a computer, and the output file is also an Excel file. It’s not particularly difficult. 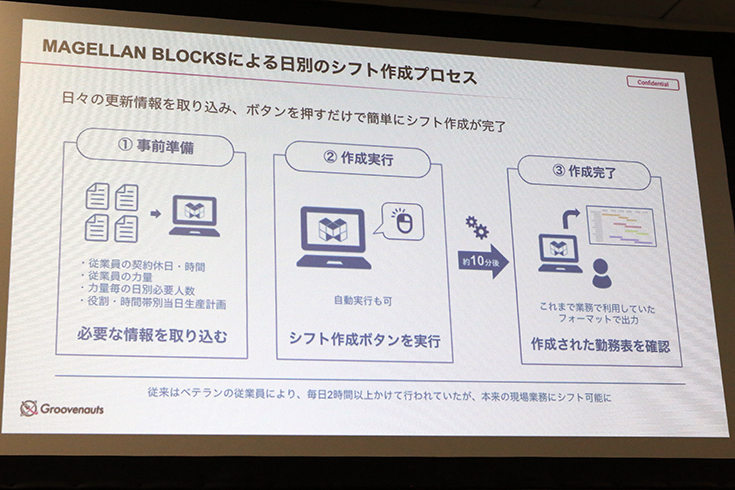 About “Innovative Robot R&D Infrastructure Construction Project” by Ministry of Economy, Trade and Industry
When introducing robots in areas where labor shortages are significant, such as facilities management, retail and food manufacturing, it is important to create an environment (friendly environment for robots) which facilitates the introduction of robots which will reduce the cost of introduction. At present, the Japan Ready-made Meal Association has been adopted as a commercial operator to carry out food research and development, and Groovenauts participates as a partner.

Related article
Connected Robotics showcases 4 “robots with sidekick” in Maxvalu’s Sidekick Factory Potato Salad Serving Demonstration.
The Ministry of Economy, Trade and Industry promotes the introduction of “robot friendly” at the side dish manufacturing site Officially introduces robots and quantum technology at the side side service site, and also issues a demonstration

In this project, at first, a model enterprise is determined according to the stakes, the requirements common to the industry are extracted and organized, and on the basis of these normalized and standardized requirements, models of optimization of the shifts of monthly and daily work using quantum computers are used. working on building and improving the AI ​​order volume prediction model, and started operating the team building/order volume prediction system in each company’s fieldwork. For these mechanisms, the cloud platform of Groovenauts “MAGELLAN BLOCKS”, which allows the construction of systems in a short time with many functions, is used. 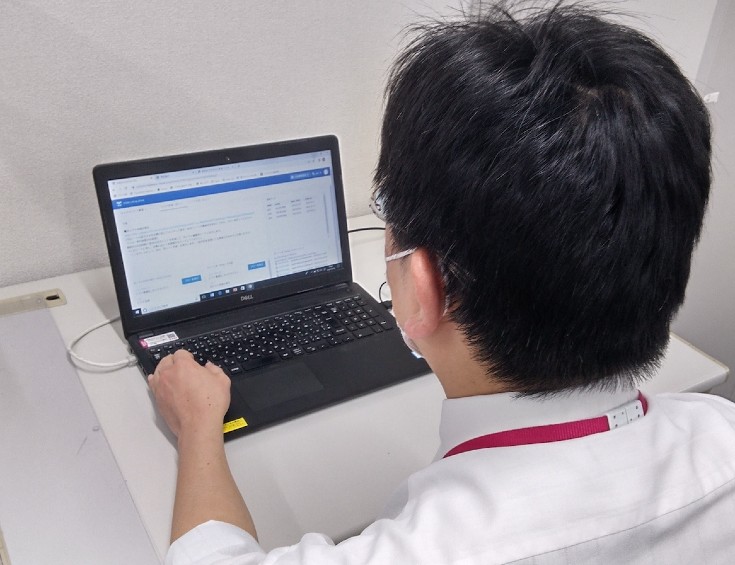 Going forward, the company will continue to lower barriers to the introduction of quantum computers and AI, and support companies that want to work on solving problems so they can easily use cutting-edge technology.

“MAGEL LAN BLOCKS” enables advanced data analysis with the latest mathematical model, and has the characteristics of being simple and easy to use, as easy as connecting blocks.

We have independently developed various mathematical models such as the most advanced quantum computer model and deep learning model, and always provide them as the latest functions. Can respond to ever-increasing complexity and sophistication of business issues. 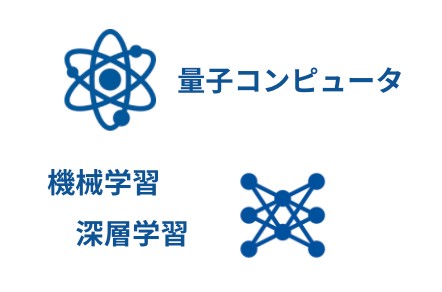 Easy to use just by connecting blocks, simple and easy to use

A series of processes are achieved by a simple operation of connecting the “blocks” of functions without the need for difficult programming or system development. Realizes business automation and labor saving with abundant functions.

The Ministry of Economy, Trade and Industry promotes the introduction of “robot friendly” at the side dish manufacturing site Officially introduces robots and quantum technology at the side side service site, and also issues a demonstration
Collaborative humanoid robot Bento “Foodly”, presented to 3 companies at the production line of autoclave side dishes Demonstration launched for the creation of a robot-friendly food factory
Connected Robotics showcases 4 “robots with sidekick” in Maxvalu’s Sidekick Factory Potato Salad Serving Demonstration.
Groovenauts Releases Shift Calculation Demonstration with Quantum Computer to the Press Participation in Ministry of Economy, Trade and Industry / Japan Ready-made Meal Association “Robot Friendly” with Quantum Technology 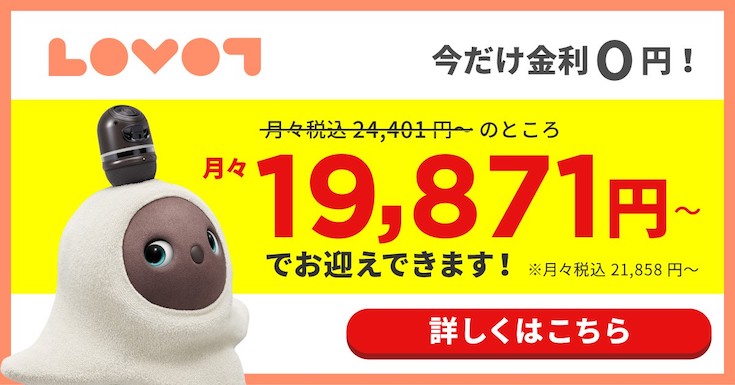