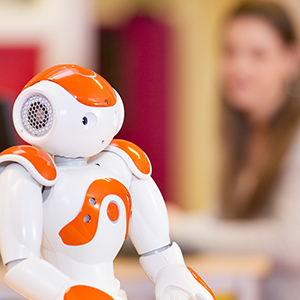 As the chances of interacting with people due to corona disease decrease, the movement to seek “cure” from household robots increases. It is increasingly possible that new trends will emerge in the robot market.

―The Maezawa Fund’s investment has surged, and robots have conquered the “next-generation pet” market!? ―

Domestic robots are entering a new phase of growth. Until now, most of the robots used in the home were practical-oriented, such as “cleaning robots”. However, at the moment “healer” type robots are trying to open new markets. Robots could be responsible for the next-generation pet market.

Yusaku Maezawa, the founder of ZOZO, a major clothing retailer who first stayed on the International Space Station (ISS) as a Japanese civilian in December 2021, talks about new moves around him. On the 15th of this month, it was announced that the Maezawa Fund (Minato-ku, Tokyo), which it manages, has acquired a majority stake in the robotics company GROOVE X (Chuo-ku, Tokyo). From April 5, the Maezawa Fund plans to acquire all shares.

GROOVE X develops “LOVOT”, a family-like robot, and has proven itself in the media. LOVOT is a family-like robot that can be called a next-generation pet. He has a soft and warm body like a real creature, and not only has different eyes, voices and personalities, but also has the characteristics of gradually becoming a family over time spent together. In the first “Tomadoi period”, he seems to be calm and restless, and the tension is low, but after three months, he will enter the “LOVE period” and get used to home and cuddle. Mr. Maezawa commented, “I never imagined that a robot would heal me. I was completely mesmerized by ‘LOVOT,’ who approached me with a good eye saying Kunkun.” The acquisition of shares in GROOVE X means that Mr. Maezawa will enter the household robot sector. In response to this, interest in household robots is suddenly increasing.

● After the corona wreckage, the healer robot has the momentum to accept it.

The home robot that many imagine is like the “Roomba” robot vacuum that does the housework for you. The Sony group <6758> launched “AIBO” in the past as a flagship product to expand the possibilities of robots, but the production was stopped in 2006, contrary to the phenomenal boom at the time of its release. However, it is not well known that it has reappeared as “aibo” since 2018.

In the past society, material wealth was pursued, but with the realization of its limits and harmful effects, the tendency to seek post-capitalism is accelerating in the sudden change of corona. Under such circumstances, in the field of robots, apart from the existing huge field of practical use, the possibility of a field that has not been established in the past, which leads to “relaxation of the spirit”, quickly emerges.

In the stock market, there are still a limited number of stocks related to impractical domestic robots. However, as the Corona catastrophe is overcome and a new society and a new way of life are built, the theme, whose growth potential is expanding, should be actively challenged by venture capitalists, and listed companies will be there. space to get involved in many ways. Below I have listed actions related to domestic robots, focusing on the technologies used in LOVOT.

mixi <2121> -The AI-powered autonomous chat robot “Romi” developed by the company will be a palm-sized communication robot specializing in conversation. On May 28, 2009, it was certified by ESP Research Institute (Minato-ku, Tokyo) as the world’s first “home-use communication robot that generates and speaks languages ​​using learning technology in depth”.

Konica Minolta <4902> -Promote collaboration in the development of IoT/AI image technology that has been expanding the expression of LOVOT for 20 years. We develop an optimized and trained deep learning model for object recognition and attitude recognition. It is a technology that explores the possibility of enriching the expression of LOVOT by recognizing people’s posture and behavior in addition to people’s conventional cognitive ability.

NTT <9432> -Since January 2009, NTT DoCoMo has entered into a capital and business alliance with GROOVE X, creating new communication services and collaborating on new businesses and development in the fields of health and medical care. We are also collaborating in a wide range of fields and domains, such as reviewing the installation of 5G lines on next-generation LOVOT machines.