Finally, the wiping and cleaning mop is fully automated until it is washed and dried: 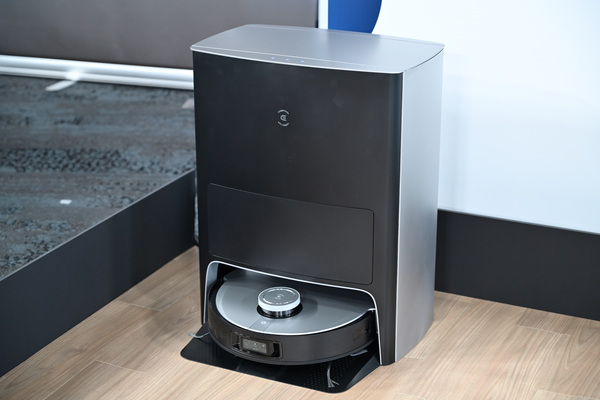 Ecovacs Japan announced on March 25, “DEEBOT X1 OMNI”, a robot vacuum that can also be used for mopping. Equipped with an obstacle avoidance function that automatically avoids cables etc. and an automatic garbage collection dock. It also has the function of collecting dust in a paper packet after cleaning, and cleaning and drying the mop to wipe it.

Ecovacs is a long-established robot vacuum manufacturer established in 1998. We have deployed robot vacuums in 52 countries and hold the second largest share in the world by monetary value. The domestic market share also rose to 3rd place last year, and it gained momentum to grab 2nd place. In Japan, the “DEEBOT T8” equipped with a camera sensor and a laser sensor was launched in 2020, and the “DEEBOT T9” which sprays perfume on the floor while cleaning was launched in 2021, and this year it finally surpasses the T series. It is a flow that developed the “DEEBOT X1” family. 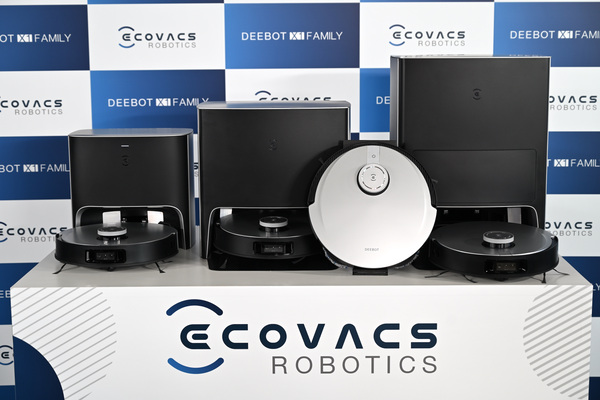 DEEBOT X1 family. The right side is the DEEBOT X1 OMNI flagship model

The biggest feature of the DEEBOT X1 OMNI flagship model is a fully automatic cleaning station that completes mopping, hot air drying, water supply and garbage collection in a single unit, in short , a charging station. 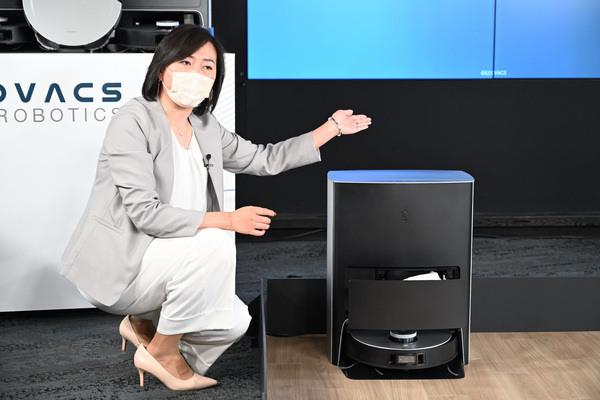 The fully automatic cleaning station has a strong presence 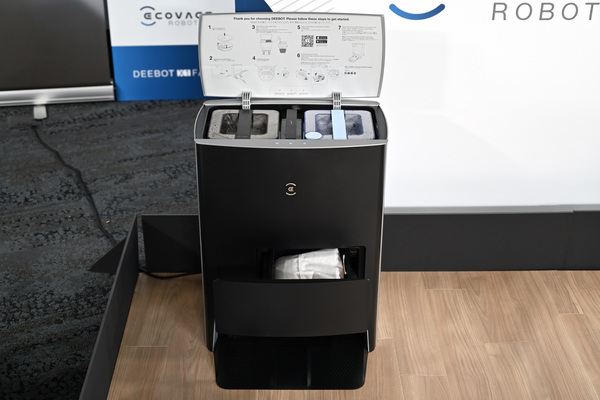 There is a water tank for wiping up at the top and a paper bag for picking up trash at the bottom. 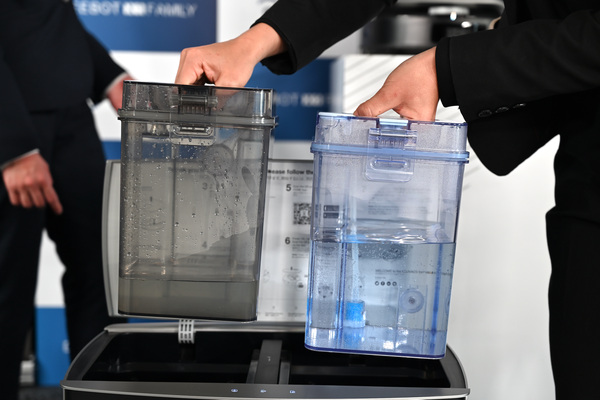 The right is the clean water used to wipe, and the left is the dirty water after washing the mop.

When the robot returns to the station after cleaning, the mop is spun on an uneven surface like a washboard and washed with water. Then the dust collected in the dust bin of the robot body is vacuumed and collected in a paper bag in about 10 seconds. The paper pack can store 60 days of waste. Also, blow hot air on the mop and let it dry for about 2 hours. You will have to empty the waste water tank yourself. 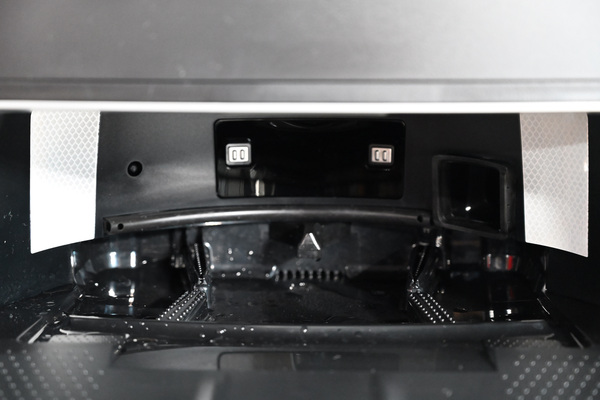 Spin the mop over the irregularities like a Braille wedge and wash it down with water.

The mop is simply washed with water, but it is planned to develop detergent to wash the mop in the future. The power used to dry the mop is about 45W, which is about a fan, and the electricity bill is not a concern.

The company is the first in the world to achieve both garbage collection and a water cleaner that can clean and dry mops. By the way, as a competitor, Roborock develops the “Roborock S7 MaxV Ultra” equipped with a cleaning station capable of automatically cleaning the mop (not announced in Japan).

Suction power and tip are the best in the industry

The suction power that affects the dust removal performance is 5000Pa, which is the highest class in the industry, and the dust removal rate is 95%. Unlike the rubber-eye bot and Roborock, the main brush uses both rubber and hair, so it’s also excellent in terms of quietness. There are two side brushes and the main brush scrapes collecting dust from the left and right sides of the suction port. There are also two mops on the left and right, which are in close contact with the ground and are designed to wipe with water while rotating. 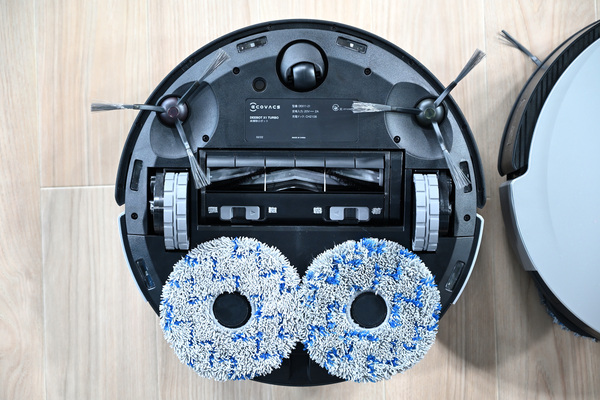 There are two side brushes and a mop to wipe with water.

The suction power of the new Roborock product “Roborock S7 Max V” is 5100Pa. I don’t think you can tell the difference of 100Pa from the user’s point of view, but you can see that the radical Roborock competes with long-established stores in retail.

Obstacle detection and avoidance is an “AIVI 3D” function that uses both an RGB camera sensor and a laser sensor. The image processing is equipped with a new “Horizon 3” AI chip jointly developed with Horizon Robotics, a manufacturer of semiconductors for autonomous driving, and the processing speed has increased by 16 times compared to the conventional one. The chip’s entire computing performance is said to be as high as 5TOPS, which is the same level as the A12 Bionic on the iPhone XS in terms of specs. It’s an iPhone that no longer spins.

It is also possible to capture the floor plan using a laser sensor. With the same “True Mapping 2.0” mapping and navigation as the DEEBOT T9 series released in 2021, highly accurate self-position estimation and mapping is possible. From the app, you can specify a room such as the kitchen or living room to clean. 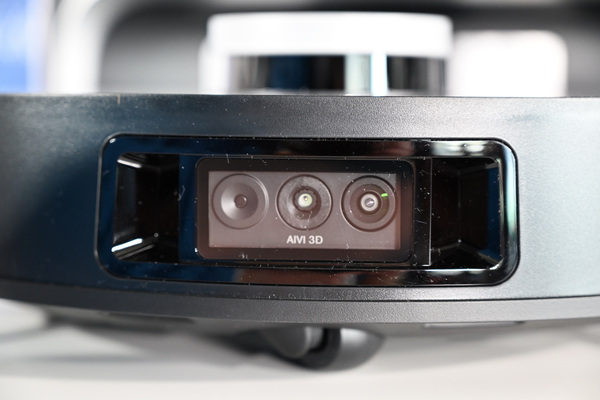 RGB camera sensor on the front of the main unit. There is an AIVI 3D notation 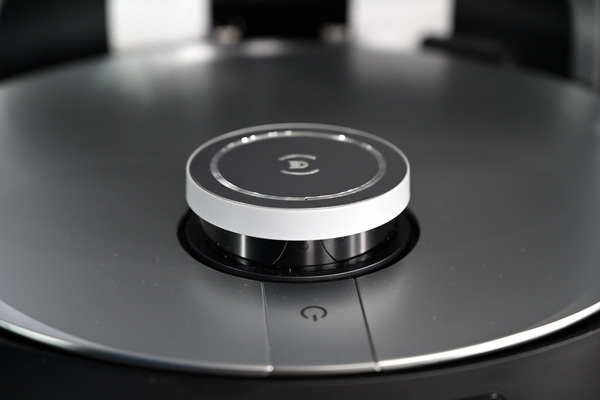 Laser sensor on the top of the main unit 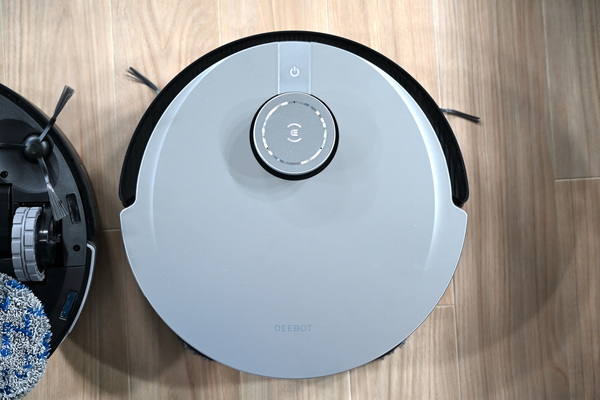 The top is simple. The laser sensor protrudes

As a cool feature, you can now launch the camera from the app and use it as a surveillance camera to patrol the house. The camera’s wide viewing angle of up to 148.3 degrees makes it easy to look around the room. It seems that the camera has a strong specification for dark areas, and it was said that the recognition accuracy does not drop easily even when the room is dark or when it goes under furniture. iRobot and Roborock have LED lights, but Ecovacs has it covered with camera performance.

By installing a high-performance chip, voice operation without using Amazon Echo or Google Nest is also possible. The wake word is “OK, YIKO”. At the time of shipment, only simple instructions such as start cleaning and return to station are supported, but in the future it will also be an area-recognized instruction such as ” clean the living room” and “clean the dining table” This means that it will be taken care of. 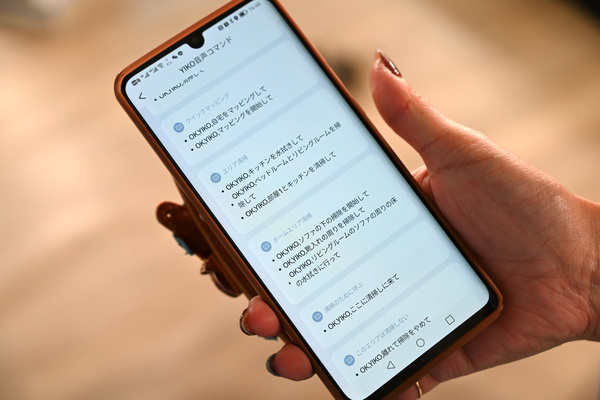 By the way, the design is by Jacob Jensen. Although it is metallic, it has a Scandinavian minimalist appearance.

The price is ultimate but attractive

Obstacle avoidance has become a standard equipment of robot vacuum cleaners, and now mop washing is fully automatic, and Ecovacs DEEBOT X1 OMNI has become the ultimate robot vacuum cleaner. The price is ultimate at 198,000 yen, but it may be worth it for some people. I also use Ecovacs DEEBOT OZMO 920 at home, but the board gets messed up every time I wind the cable and stop, so I’m quite attracted to the obstacle avoidance function and the function automatic dust extraction. The DEEBOT X1 family does not have a mop cleaning/drying function, but there are also cheaper models, so I am attracted to it (although it starts from 158,000 yen), but should I choose the ultimate here?

ASCII Kids sends out an email newsletter every Saturday, where you can read articles for a week at a time. It’s packed with useful parenting information, such as the popular “Almost Child-rearing” series, news, events, an introduction to coding education, and stories about children’s parenting experiences. children of each. Please register from here.