NTT Docomo Ventures (NDV) supports promising startups in Japan with various programs, while striving to find excellent startups around the world. What is needed at the forefront of the world now?――Presentation of the startups to which the Silicon Valley branch of NDV pays attention in two parts.

The Silicon Valley branch of NDV was established on the basis of global investment activities to actively integrate global open innovation. Since the start of large-scale activities in 2017, he has been in charge of interacting with cutting-edge startups mainly in the United States. Here, we focus on emerging startups that every member of the NDV Silicon Valley branch pays attention to. This time, which is the first part, we will introduce an open source cloud database and innovative video technology.

For example, if there is data with product names on the horizontal axis and customer information on the vertical axis, it is possible to create a database of the products and the number purchased by each customer, but the Most of this data is “Null” (=Zero or empty). Also, in the case of point cloud data such as LiDAR, all areas without points will be null, but such data with many nulls is called sparse data.

In a conventional database, all table data is sent once from the database to memory, and then indexing and other processing is done to acquire only the necessary data. However, with this mechanism, when dealing with sparse data, there was a bottleneck: “a huge amount of unnecessary processing (= null part) occurs between the database and memory” (M . Shimojo).

On the other hand, TileDB is equipped with a mechanism that first calculates the null and non-null parts on the database side and stores them efficiently, and then brings the non-null parts at high speed when calling. As a result, the amount of input and output data can be significantly reduced, which “should speed up processing and reduce power consumption,” says Shimojo.

Not only sparse data, but also the feature of supporting storage of “dense data” which has no null value. TileDB calls it a “universal database”. With this universal database, various data can be centrally integrated into the database, whether sparse or dense data. Therefore, it overcomes weaknesses such as changing the database depending on the application or not being able to use it for a specific application, and “the strength is that it can handle a wide range of use cases ” (Mr. Shimojo). It should also be noted that various engineers are involved in the development of open source TileDB. 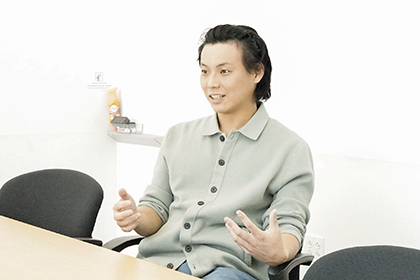 NTT DoCoMo seeks cooperation in “mobile space statistics”, etc. In mobile spatial statistics, “for example, the whole of Japan is divided into fine meshes, and information such as gender and place of residence is placed on each” (Mr. Shimojo), resulting in a huge amount multidimensional sparse data. be registered in. Therefore, expectations of TileDB are high in terms of efficiency.

NDV invested in September 2021. Good technical reviews are coming out, and going forward, Mr. Shimojo thinks, “I would like to use TileDB for mobile spatial statistics and expand it horizontally to departments like machine learning and natural language processing. ..

Genvid Technologies (Genvid) is a startup in New York, USA, and NDV has invested twice in January 2020 and May 2021 so far. The initial investment focused on one of Genvid’s core businesses, “interactive streaming technology,” says Yurie Iino of NDV Silicon Valley branch.

Genvid’s technology will allow you to add interactive features to videos streamed on YouTube, Twitch, and more. For example, if the viewer performs an action (touch screen, operation, etc.) on the video that broadcasts the live game of the fighting game, the screen can be switched to another angle, the details of each team can be confirmed, and the player can be informed. On the other hand, you will be able to display cheering effects and give items and points.

According to Mr. Iino, by the time of January 2020, when the corona disaster began to occur, “the number of active YouTube users had increased several times”. In addition to this historical context, some specialized platforms have drawn attention to the mechanism that realizes the monetization of content distributors in the form of “monetization” of viewers. From there, NDV focused on “By incorporating Genvid’s technology, it will be possible to implement functions such as throwing money on YouTube and Twitch”, and made the first investment.

The second additional investment focused on “Rival Peak” interactive content, which was launched as a new initiative by Genvid. Rival Peak was distributed on Facebook’s live video “Facebook Watch”, and is content that viewers actively enjoy a survival game in which multiple AI characters try to survive.

Rival Peak was distributed in various countries such as the United States, Mexico, Brazil, India and the Philippines in 2020 and became a hot topic, and the cumulative number of views reached around 100 million minutes. In addition, after 2022, it will collaborate with famous IP addresses and content providers, and vigorously provide interactive virtual content such as Rival Peak. With such a move, Genvid became a very strong position, so we made an additional investment. 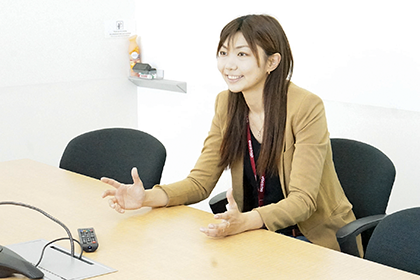 Regarding collaborative creation with NTT DoCoMo, it is said to be discussing various possibilities. NTT DoCoMo has a video distribution department and some departments that distribute character content as IP through live broadcast, so during the live broadcast and live performance of the IP, “Introducing the Genvid SDK and Interactive There is great potential for video distribution and monetization,” says Ino.

Also, using Genvid’s technology, for example, in the case of e-sports, in addition to the game screen, “it is very interesting to be able to provide images that show the appearance of the player playing the game under different angles” (M. Iino). ) Highlighted. Based on this, when Metaverse and esports spreads in the future, he added, “There may be excitement as a community of fans to show up,” supported by my favorite players and characters.

In the second part, we will focus on progress/maintenance systems for construction and civil engineering projects that use 3D models, and cloud-like directory services for businesses. Both solve the pressing problems of real businesses, and they are the solutions that epitomize DX (digital transformation).